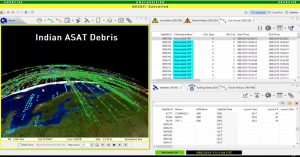 The system, which catalogs 300,000 space objects, enables the management of assets in space – correlating data from a worldwide network of government, commercial and scientific space surveillance sensors (optical and radar) into a single “space picture”. 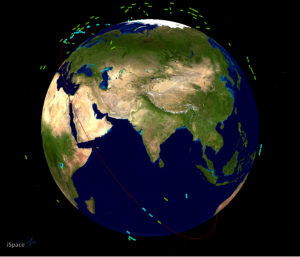 The German Space Agency is responsible for operating the German Space Situational Awareness Center (GSSAC), together with the German Air Force, and iSpace represents an upgrade of an experimental mission system. The software will interface to German sensors to “support monitoring of high interest objects and space events”. These informational points include Germany’s Tracking and Imaging Radar, GSSAC Optical Sensor and the German Experimental Surveillance and Tracking Radar.

“For those looking to enhance their space command and control capabilities, iSpace is a compelling solution as it can be rapidly deployed and dynamically configured to meet individual customer mission needs.”

Operational since 2017, you can read more about iSpace online.

The U.S. military also use iSpace, as you may expect. It has supported several U.S. Strategic Command Global Sentinel exercises, says the company, and was developed into the “space situational awareness mission subsystem” for the U.S. Air Force’s Space Fence. The latter provides detection, tracking and measurement of space objects such as satellites and orbital debris, primarily in low-earth orbit.