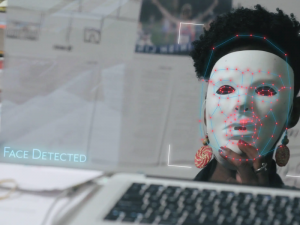 A new deep-learning model can learn to identify diseases from medical scans faster and more accurately, according to new research by a team of University of Alberta computing scientists and the U of A spinoff company MEDO. The breakthrough model is the work of a team of researchers in the Faculty of Science—including the contributions of Pouneh Gorji, a graduate student lost in Flight PS752.

Deep learning is a type of machine learning—a subfield of artificial intelligence; deep learning techniques are computer algorithms that find patterns in large sets of data, producing models that can then be used to make predictions. These models work best when they learn from hundreds of thousands or even millions of examples. But the field of medical diagnostics presents a unique challenge, where researchers typically only have access to a few hundred medical scan images for reasons of privacy.

“When a deep-learning model is trained with so few instances, its performance tends to be poor,” said Roberto Vega, lead author of the study and graduate student in the Department of Computing Science.

“In our study, we addressed the problem of how to learn effective deep-learning models for medical tasks with few training instances. The main idea is that we can leverage the knowledge present in medical literature to better guide the learning process.”

The improvements in performance come from training the algorithm on medical images as well as their corresponding “probabilistic” diagnosis, provided indirectly by medical experts. This approach allows the algorithm to learn the patterns that characterize each disease in scans, enabling it to predict what disease is shown in a new patient’s scan or if the scan looks healthy.

“Our approach both improved the classification accuracy of the model and provided a meaningful confidence in its prediction, giving an estimate of the probability that a disease is present in a scan,” said Vega.

“With this research, we want to provide radiologists with better tools that make their job easier, faster, and more effective. We also have the problem of scarce medical personnel, which is a problem exacerbated in developing countries. Our hope is that we can develop models that allow our medical experts to make better decisions.”

The work of many

The research includes significant contributions from Pouneh Gorji, a posthumous graduate of the Department of Computing Science and a victim of the Flight PS752 tragedy. In January 2020, Gorji and Arash Pourzarabi traveled home to Iran to get married and were two of the four members of the Faculty of Science community among the 176 people killed in Flight PS752.

For the team, the research is also an opportunity to honor Gorji’s legacy and her critical contributions to the project. When the researchers began the project, the algorithm was exclusively focused on hip dysplasia, explained Vega. Gorji was working on developing machine learning models for identifying fatty liver, and it was her joining the team that ultimately led to a redesign of the algorithm and the breakthrough in performance.

“The original algorithm wasn’t working for fatty liver, so Pouneh and I started working together to solve the problem. After several weeks, we discovered an important flaw in the original approach and we were able to propose a solution—one that involved a new mathematical way of tackling a section of the model,” said Vega.