Renesas Electronics Corp. has expanded its entry-level RX100 series with the release of the ultra-low-power, 32-bit RX140 group of microcontrollers (MCUs). Built around Renesas’ RXv2 CPU core, the RX140 MCUs deliver operation of up to 48 MHz with a CoreMark score of 204, which is equivalent to approximately twice the processing performance of the RX130 group, said the company.

The RX140 MCUs also offer increased power efficiency by over 30 percent compared with previous RX130 MCUs, achieving power consumption as low as 56 µA/MHz when the CPU is in active mode and as low as 0.25 µA in standby mode. The low power consumption in combination with the high performance make the RX140 MCUs suited for a variety of applications such as home appliances as well as industrial and building automation. 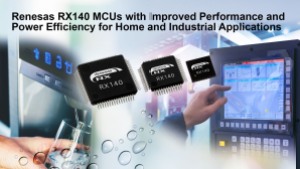 As part of Renesas’ RX capacitive touch MCU lineup, the RX140 MCUs allow customers to develop high-end capacitive touch systems for applications in a variety of environments. These include home appliances such as microwave ovens, refrigerators, and induction heat cooking stoves, as well as manufacturing equipment, building control panels, and devices that can detect remaining quantities of water or powder on surfaces. 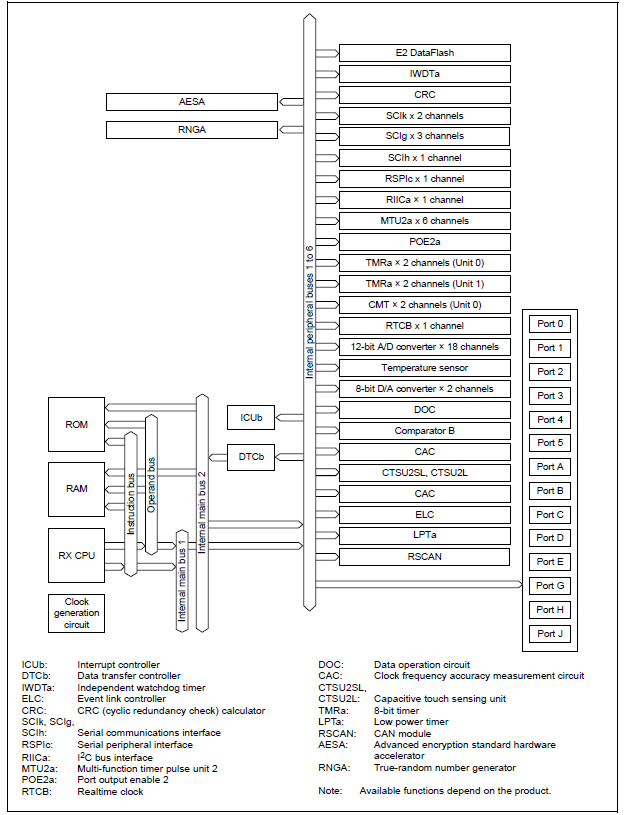 Renesas also introduced the RX140 Target Board for initial evaluation work. The board is equipped with a Pmod connector to allow easy connection of sensor modules. The company plans to introduce a Capacitive Touch Evaluation System for the RX140, which is scheduled for release in April 2022. It will be similar to the already available Capacitive Touch Evaluation System for RX130 MCUs. Customers can use the new MCUs with the e2 studio integrated development environment, the Smart Configurator code generation support tool, and the QE for Capacitive Touch capacitive touch support tool.

As part of the company’s “Winning Combinations” reference designs, Renesas has created a solution for a complete Waterproof Shower Controller using the RX140 MCUs and other complementary analog and power devices.

The RX140 group of MCUs is available now in 32- to 64-pin packages with 64 KB of flash memory. Mass production for additional configurations and memory sizes over 128 KB will be available starting in February 2022. Pricing varies based on package and memory configuration. The reference price for the R5F51403ADFM#30 in a 64-pin LFQFP package with 64 KB of flash memory is $1.02 (excluding tax) in quantities of 10,000.