Astra Mk1 Integration with Tejas Nears Completion, Both Israeli FCR to be Enabled 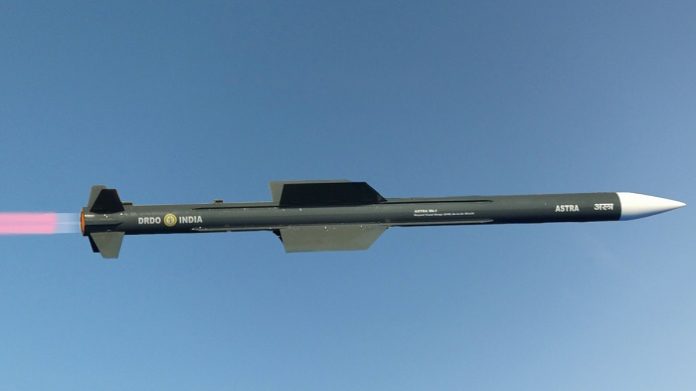 Indian state-owned Hindustan Aeronautics Limited (HAL) had confirmed in the past that Indigenous Astra Mk1 beyond visual range air to air missile integration work with a Limited Series Production (LSP) Tejas Mk1 is presently being carried out, Industrial sources, do confirm that captive flight trials of the missile might happen in next few weeks that includes 4-5 rounds of test-firing that has been planned with the present ELTA-LRDE 2032/MMR Fire control Radar (FCR) soon after that.

All 36+18 (Trainers)in Tejas Mk1 configurations will get Astra Mk1 BVR that are equipped with the ELTA-LRDE 2032/MMR Fire control Radar (FCR), and by 2023 it will also be integrated with the ELTA-2052 AESA Fire control Radar (FCR) that has been planned for the first lot of 20 units of the Tejas Mk1A fighter jet. Indigenous UTTAM AESA FCR that will be equipped on remaining 53 Tejas Mk1A fighter jets will also get a host of Indian-made weapons that includes Astra Mk1 and Astra Mk2 BVR when it enters production in 2025.

HAL will deliver 16 FOC Single seater Tejas Mk1 after which it will start manufacturing 18 Tejas Mk1 Trainer aircraft posts which, will start manufacturing Tejas Mk1A fighter jets. HAL earlier this year, had secured a deal for 73 upgraded Tejas Mk1A Single seater jets along with 10 Tejas Mk1 Trainer jets. Astra Mk1 will also be enabled on IOC-II configured Tejas Mk1 Squadron when it moves to forward positions for active combat duties, so certification of the Astra Mk1 on Tejas Mk1 plays a significant role to boost combat performance of Tejas Mk1 fleet that are presently equipped only with Derby BVRs.